Assisting Hands Aims to Package One Million Meals in an Hour 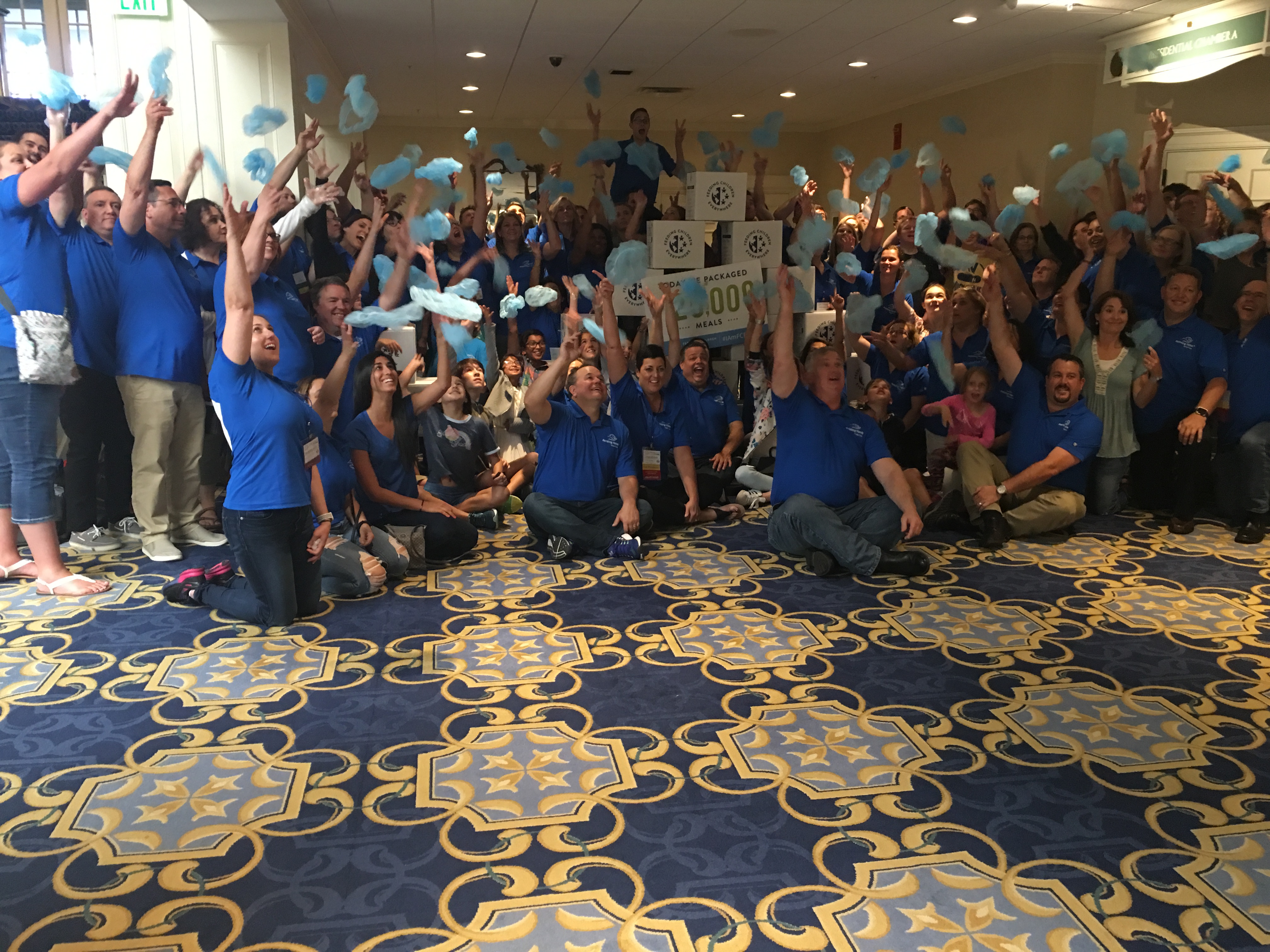 NAMPA, Idaho — After a successful test to see if franchisees could prepare and pack 25,000 meals in an hour’s time, Assisting Hands Home Care announced a philanthropic initiative focused on alleviating hunger for seniors, including the company’s goal of one million meals in an hour.

Last month during its annual franchise conference in Nashville, Assisting Hands Home Care joined the fight against hunger and hosted a Hunger Project, organized by Feeding Children Everywhere. Approximately 100 Assisting Hands franchisees, national office staff and family members divided into seven teams of 16 to work in assembly-line fashion.  With music booming, lentils flying and bells ringing in a sea of hairnets, the volunteers set out to package and pack 25,000 healthy meals for Middle Tennessee seniors.

“Everyone knows that there are hungry children and families out there, but I think people forget that there are hungry seniors out there too,” said Patricia Winiecki, co-owner of Assisting Hands Home Care Naples. “They have a lot of expenses with medical bills and prescriptions, and sometimes food is the last thing that they purchase. I think that gets overlooked a lot.”

Winiecki and her husband Robb conceived the idea and presented it to Assisting Hands’ national team who decided to test the process and logistics at the 2018 franchise conference at the Gaylord Opryland Hotel and Convention Center.

“Our goal is that we do something like this every year, and our ultimate goal is to package one million meals in an hour,” said Winiecki. “You’ll be surprised when we start packing to see how quickly it goes. And we do fun things like competitions and playing music to get people moving.”

“The Hunger Project was the highlight of our conference,” said Lane Kofoed, Assisting Hands CEO. “I would like us to reach our one-million goal by 2020, which is our company’s 15th anniversary.”

Organized by Feeding Children Everywhere, Hunger Projects are a high-energy, practical and hands-on way for anyone to make a tangible difference in the fight against global hunger. Feeding Children Everywhere is activating people for a hunger-free world. Since 2010, FCE has served with over 700,000 volunteers to package 100 million meals for hungry children and families in the U.S. and around the globe. Learn more.

Assisting Hands Home Care was founded in 2005 and began franchising in 2006. Assisting Hands offers a comprehensive menu of services which includes non-medical companionship and personal care services, skilled nursing, and total care management filling the gap between living at home with dignity and the need for institutionalized medical care. Single and multi-unit franchises are available.  To learn more, call 866-924-2442 or visit the website.